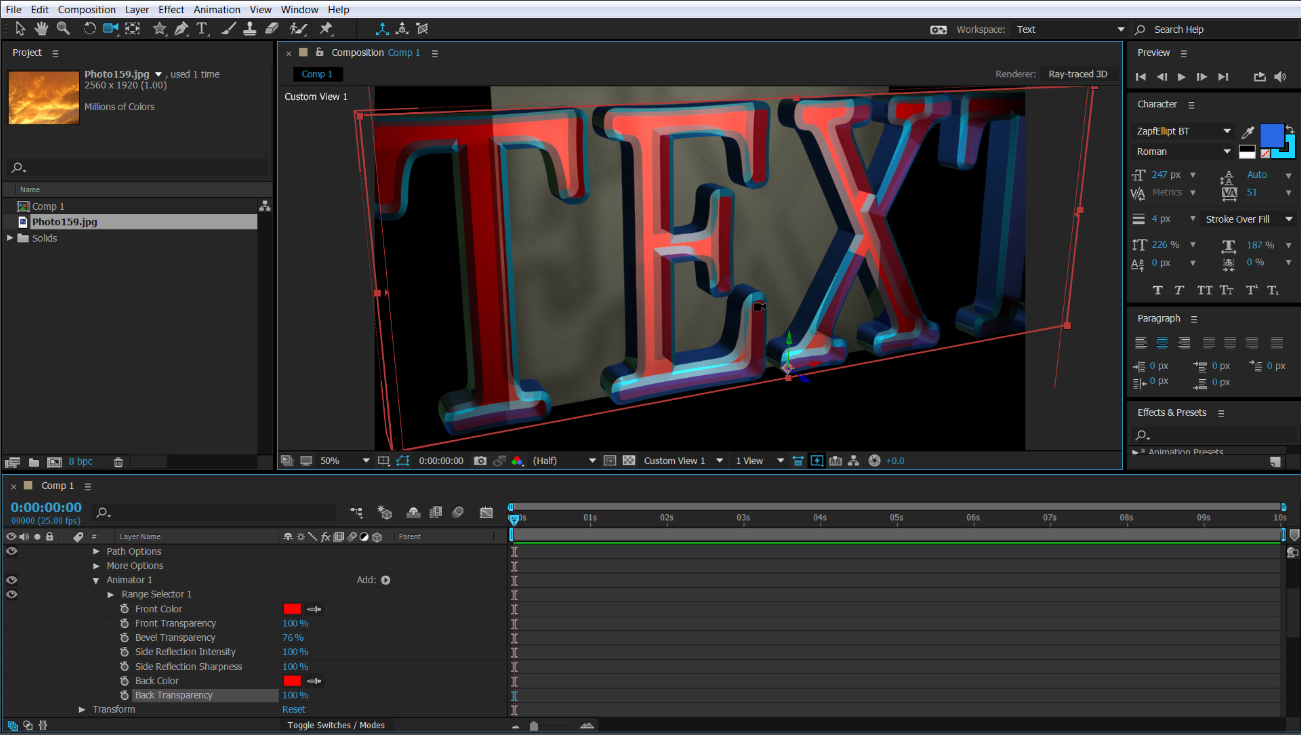 Links to all mentioned software in the ‘Software Mentioned’ section to the right.

Do you enjoy the incredibly magical creatures, sparks and journeys in Harry Potter? Gasp in awe at the crazy battles in Game of Thrones or dream of the wild wonders of the many times and realities in Dr Who? Wonder how a lot of the impossible in it is made?

It’s no secret that After Effects is one of the leading special effects, motion graphics, compositing and animation and a famous gem in Adobe’s Creative Cloud family. Amongst it’s brethren, it’s designed to offer a (fairly) straightforward approach to creating powerful animated shapes and special effects to them in addition to images and videos including assets from fellow sister CC applications Illustrator and Photoshop or Document Cloud’s Acrobat Pro PDFs (with all the layers in tact if organised correctly) and assembling them into your project known as a “composition”.

Now before I talk about the software any further, I must stress that the quality of your experience with After Effects and the stability of the software when using a large number of the tools and effects available is dependant on your computer’s performance. To get the best experience, I highly suggest at least 4GB of RAM, a dual core processor of 2.5 GHz minimum (most likely higher) and a fairly beefy hard drive. You can get away with less than this, but for large scale animation you’ll need something powerful to crunch the numbers, somewhere temporary to store these calculations and some storage space as a “Scratch Disk” to allow the program to pre-render your composition so you can work on segments of it and watch them back in real time.

Whilst the experience is straightforward, the software may take some time to navigate and master if you’re coming from another package or used to Adobe’s particular workflow. Thankfully, there are an abundance of keyboard short cuts to accompany the most popular and important functions, particularly when using the keyframe approach to animating and applying various settings, parameters and effects to your objects and layers with an abundance of cheat sheets out there and even some compaines such as logickeyboard that have designed specific keyboards with the actions printed on keys to save you having to learn them all. In addition to learning how the tools work, it’s then up to your creative spark to piece the various tools and options together in a way that will allow you to produce the content you wish to.

For those that prefer to work on more than two planes, there’s various 3D enabled effects (such as rotation and camera rigs) as well as a lite version of Cinema 4D bundled within the program itself, with the ability to create and edit 3D based objects or to import them from other leading editors such as Autodesk’s 3D Studio Max or Maya or the Blender Foundation’s self titled software – Blender. For those that like innovative methods of animation, there’s also the post preview release of Character Animator tied into the application too! Taking assets created in either Illustrator or another vector drawing program, it uses sources such as your mouse or even through motion tracking using your webcam to animate your character’s limbs in the same way as you. I haven’t seen something this versatile since Shelldrake Developer was available earlier in the millennium – granted the most that people tend to demo is head, eyes and mouth based projects.

If that’s not enough for you, After Effects is also expandable with thousands of commercially available plugins available and further customisation of these or the built in Adobe library by using the Expression system (which allows formulaic style programming to add a whole new dimension to the parameters of each effect or property.

Once you have developed your masterpiece, you’ll have the choice of rendering single frames as images/image sequences or as ready to edit Photoshop Files with the compatible layers included as shapes or pictures. If you wish to render out the full animation, you have a wide variety of formats to choose from in the program itself, or the option to output to the sister CC programs Premier Pro for further editing into a final film or Media Encoder where you can choose a wider range or formats, codecs, resolutions and frame rates.

Examples of What After Effects Can Do

. If you’d like to see some examples of the particular parts of films and animations I’m talking about, take a look at some of the videos below to get an idea (most should play in a modern web browser, although you may need a recent version of the Adobe, Pepper or GNU Gnash flash players if it loads using this instead).

King of the Syringes

Created as part of this year’s local flu campaign for Lancashire Teaching Hospitals, Adrian Hawtin of the Blended Learning Team leveraged After Effects to layer up and animate many different drawn and picture based assets to create this animation in time to a specially recorded cover of a childhood favourite, with rewritten lyrics to bring out the message to stay well this winter.

King of the Syringes from LTHTR Blended Learning on Vimeo.

A popular video from Corridor (formerly Corridor Digital) that uses various features of After Effects to emit the funky visuals coupled with Klaypex’s track “Rain”. A tutorial for how this was made can be found here if you wish to have a go yourself: https://www.youtube.com/watch?v=aVvF6PU_FZI

A really well done rebuild of the Game of Thrones Title sequence with a few personal twists built using After Effects and Cinema 4D by Danny Williams on YouTube.

So whether you’re a budding film maker to be, a regular YouTuber looking for a bit of pizazz, or a seasoned veteran to cinematics, give After Effects (and a few of it’s sister programs in tandem) a try using the link on the right. It might just surprise you and become your go to tool for special effects or motion graphics.

If you’ve used the workflow before, what was your experience of it? Have you tried any of the new sister programs? Feel free to let me know in the comments below.

Now go forth and join the many great producers, animators and compositors!