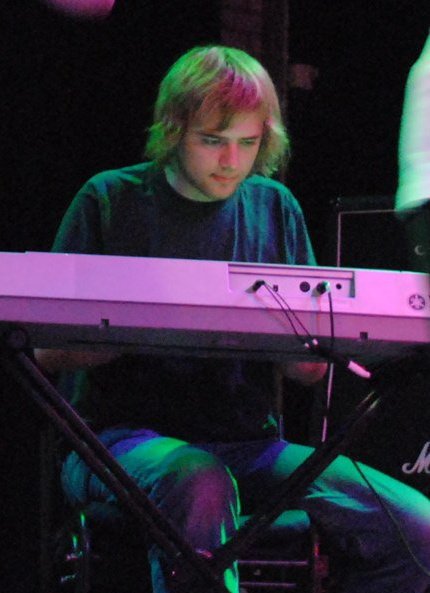 Re-Wind Wednesday: On With The Show

By: mike
In: Audio, ReWind Wednesday
Tagged: Audio, On With the Show, Orginial, Song, Songwriting
With: 0 Comments

I was going to save this one for a while, but I realise it’s been nearly 2 months since the last Re-wind Wednesday, so I thought I’d take a punt at explaining the song I just keep coming back to and should be safe to release sometime soon.

The song “On With the Show” was the second full original song I had written and the first original to be recorded. It began in 2009 as an assignment that counted towards part of my “Elements of Popular Songwriting” module in my first year of BA (Hons) Creative Music Technology at the University of Hull’s Scarborough Campus. Following a previous assignment where I wrote a pastiche song using my own lyrics and the style or phrases of another song along with a written commentary, this task specified that I write the lyrics of my own original song in a chosen genre (and another written commentary). The production quality wasn’t marked in this one (which was rare on my specific degree program) since the module was related more to the sister BA (Hons) Popular Music degree with whom we shared most lectures in our first year and the only real limitation to it was that it had to fall within 3 minutes and take elements from the very subject matter we’d studied over the 11 weeks (plus reading week, of which we didn’t really do much reading in).

The inspiration for the song initially came from watching a dance assessment for fellow hallmate Rachel King and the general atmosphere surrounding the show and performance space. As it developed the song’s message is about moving on, that life is one big show with one act following another and we can’t just enjoy that one memorable “song” that is performed to in front of us. As the next couple of years went by following a change in relationship status, the meaning behind the lyrics resonated evermore with each iteration.

The initial short song was written over the course of about 4 or 5 hours beginning with coming up with part of the first verse, then going over to our Piano practice room and developing the melody (with my limited piano skills) and in turn developed the rest of the lyrics over the course of 3 hours before attempting to record it later that afternoon. With a couple of goes rehearsal, the resulting ‘demo’ of that multi-tracked recording session in our “Music Room” lecture space created the following recording alongside 3 other songs written and recorded by my coursemates:

During the summer of 2010, I attempted to re-record the song in a single take with a revised piano melody and extended ending. Copies of this version have mysteriously vanished from my mid-term archive of work, which is probably for the best owing to the unusually depressing sounding outcome of it!

In 2012, I returned to it again and developed the “3rd” draft, which added some effects to the lead vocal, a backing “oohs” track, a synth string part a revised lead-in to the bridge and an additional processed piano part to add a perceived depth to the mix. This version achieved a slightly more positive feel compared to the last version. The final export of this revisit is below:

Finally, in 2013, I revisited the song once more after feeling I had ‘overdone’ the processing. Using the same arrangement of parts, I toned down the “oohs”, revised the string part, and suppressed the “full on” nature of the chorus, brining the focus back to the vocal part. This version was never completely finished, but a rough and ready draft of it can be heard below:

Will I ever finish it? Will I tweak it again before finally settling with what I have? Or just move on with life’s great show? Who knows. Maybe one day as a 5th week treat. We’ll see